Our Results Do The Talking

In 2014, Oberon Stud began to show its stock with the pleasing result of a first place at our first show (Australian Sheep and Wool Show) for Oberon 3100 – ram under 1 ½ years born after the first of August.

Over the past few years, an emphasis has been to ensure excellent carcass sheep into the prime lamb market. Each year has seen lambs reach greater dressed weights and meat weights. In 2015/16, 5 month old lambs have dressed out at 26kg. 8 month old lambs have been able to reach 35.9kg dressed weight and produced 30.6kg of prime meat described by a renowned Central Highlands chef as "magnificent – vastly superior". 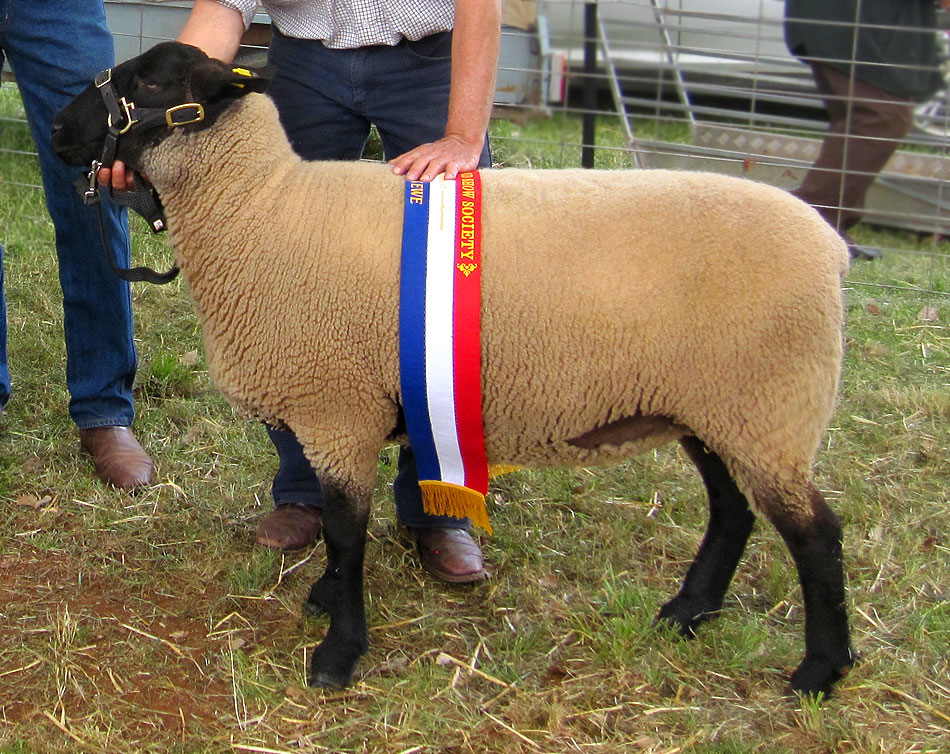 Our Management for High Productivity

Mineral licks are readily available and young rams are supplemented with hard feed through autumn and winter.

Oberon ewes and ewe lambs are paddock reared with pregnant ewes fed oats in the last couple of weeks before parturition and hay handfeeding mid-winter. In dry years, irrigated Lucerne is available over summer.

Lambing begins late June and generally finishes early August with some old ewes held back to lamb into September. Lambs are weaned around 14 weeks of age. 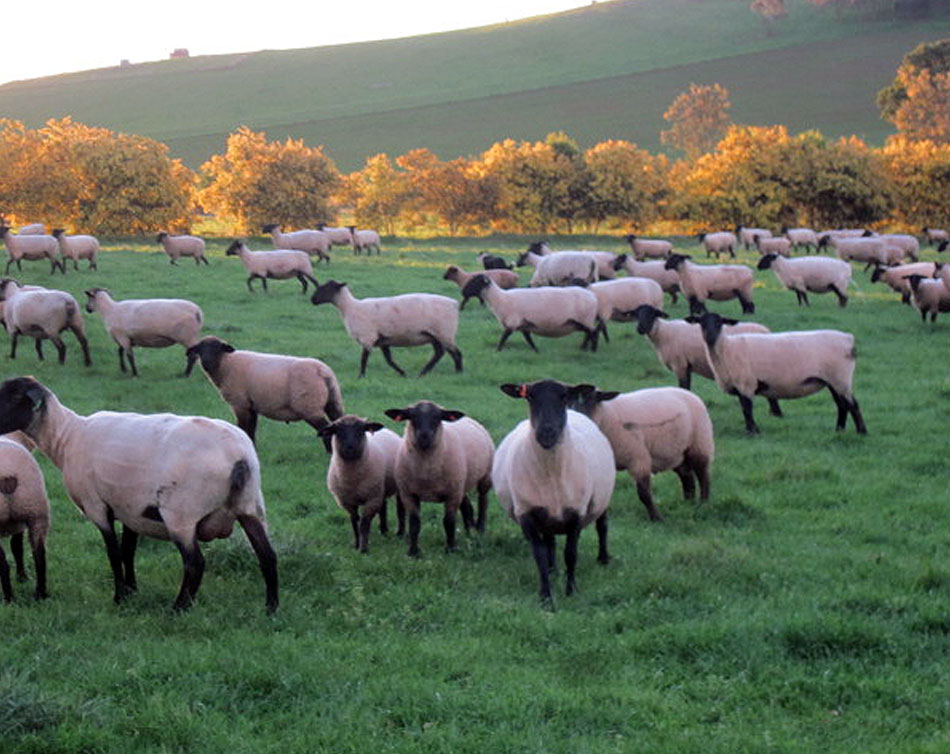 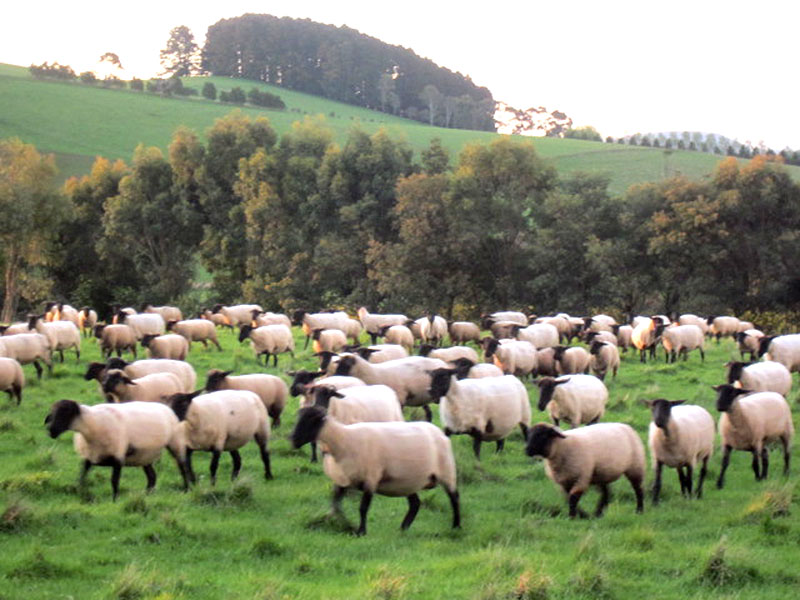 Our Genetics provide you with diversity

With a breeding flock of around 90 ewes and up to 7 sires used in a year, the 150 lamb drop offers you significant genetic diversity – but always with one thing in common … Quality! 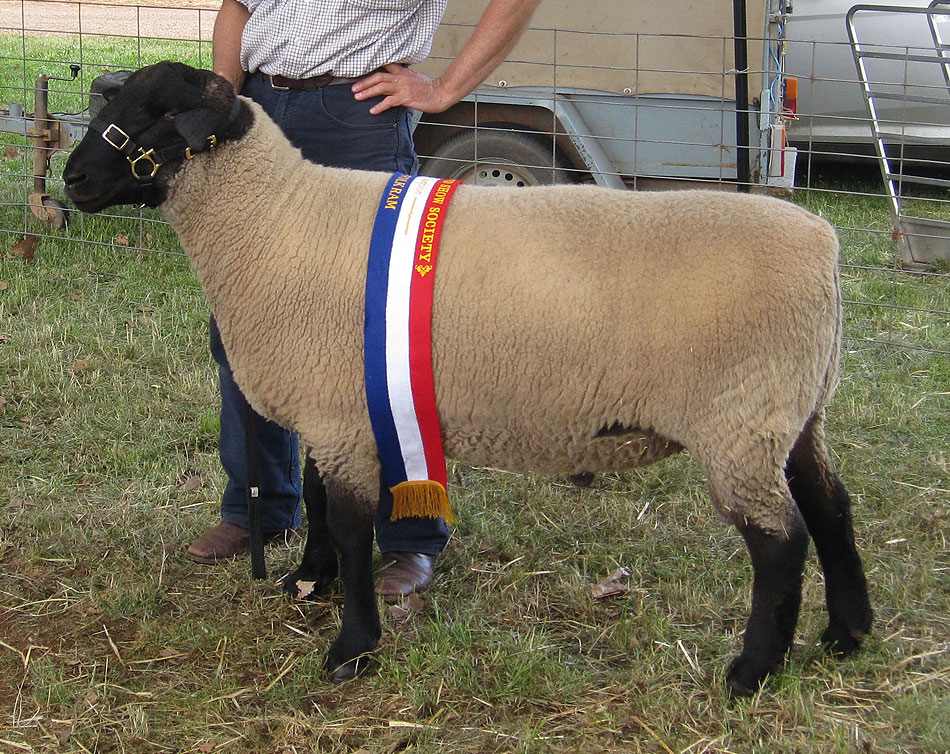 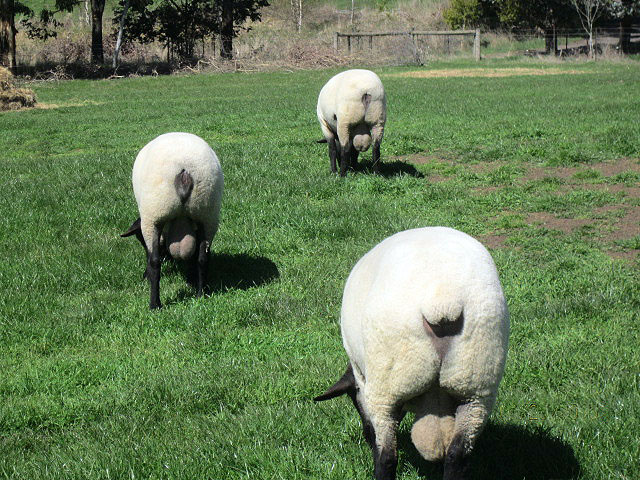 Our Facebook page: Suffolks For Sale – Oberon Stud is regularly updated with details of sale sheep.

From Musk to Bangladesh

Oberon Suffolk Stud provided the first group of stud Suffolks for export to Bangladesh in 2016. The group of 3 rams and 10 ewes arrived in Dhaka on March 4th, 2016. 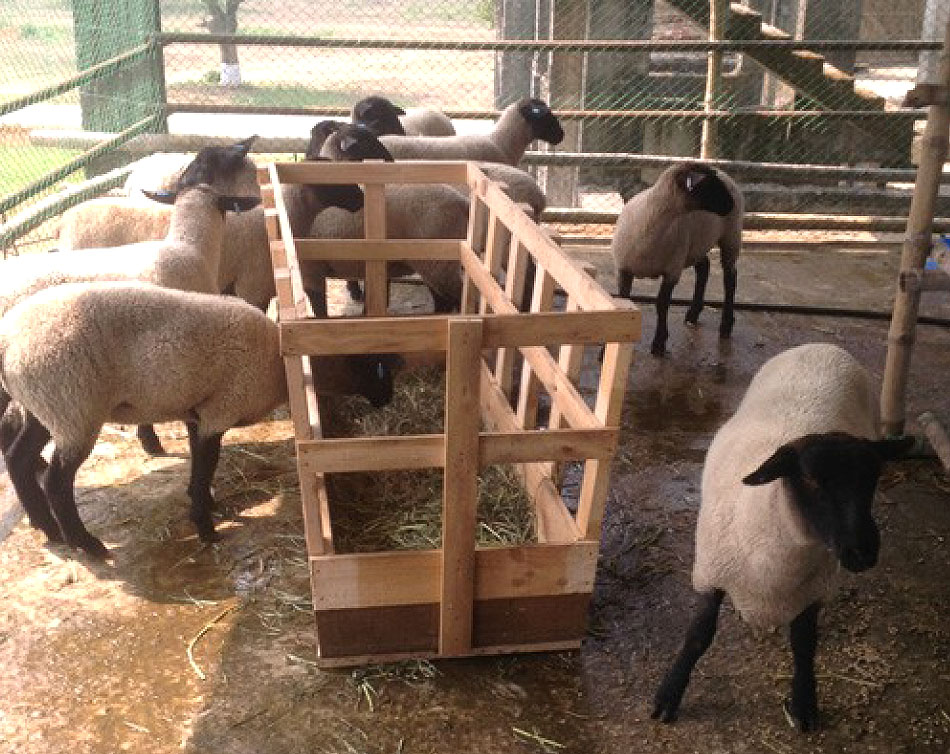 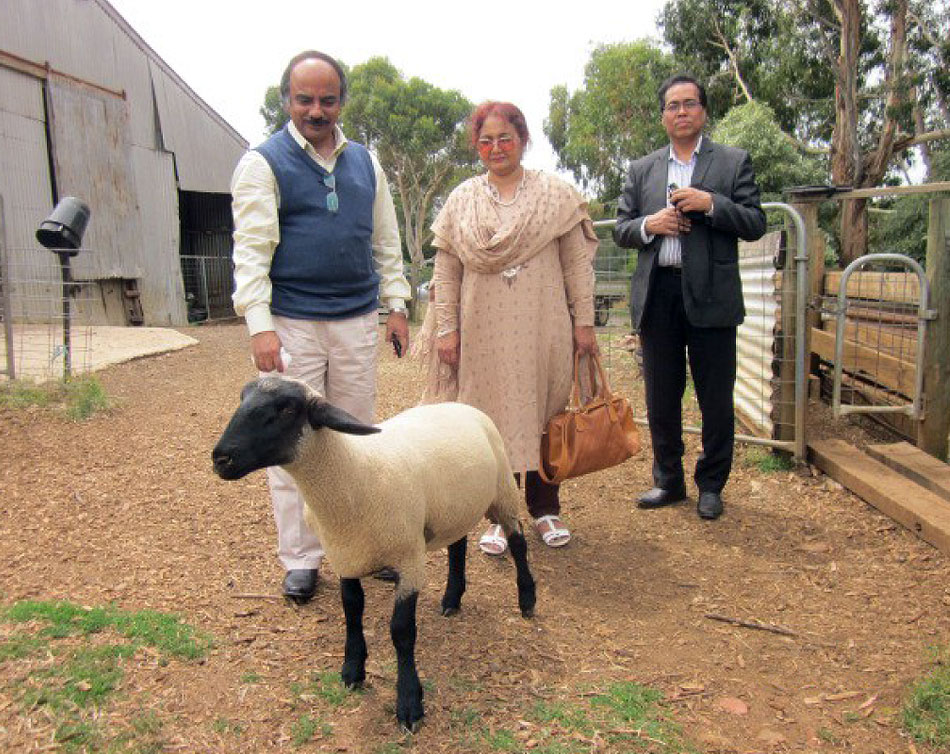 From Musk to Japan

An export order of stud Suffolk rams and ewes is currently being finalised for transport to Japan. 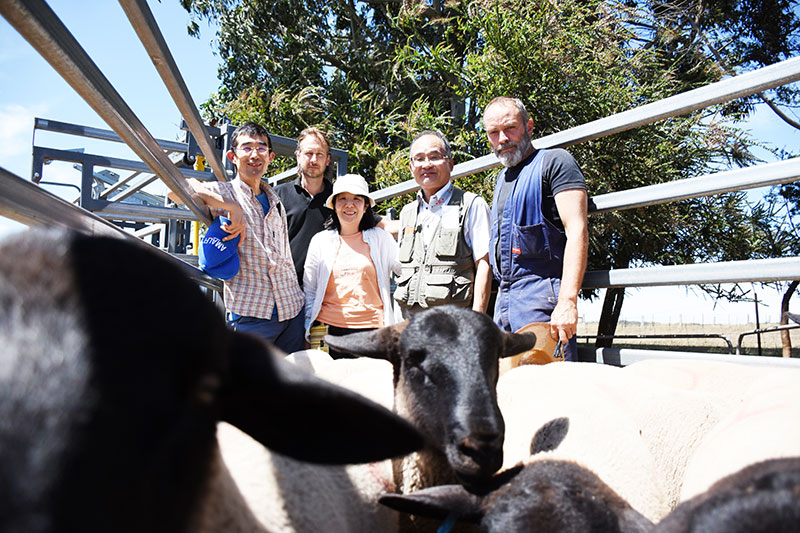